Each day leading up to Veterans Day, we will be honoring one Banfield associate who has bravely served our country.  We hope you will join us in celebrating the service of all our veterans, including those in the Banfield family! 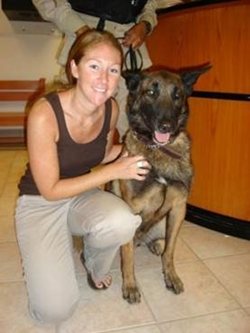 Dr. Stephanie served in the Army as a Veterinary Corps Officer caring for the working military dogs. 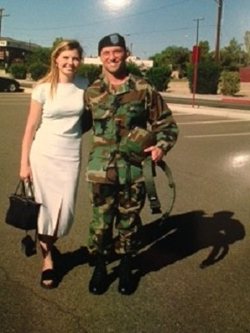 Dr. Herman served in the Army for three and a half years as Officer in Command of the Mojave Branch. 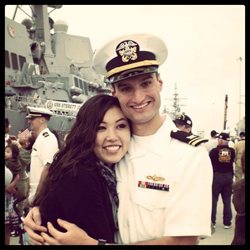 David served six years as a Supply and Logistics Officer in the Navy, and committed another eight months to the Navy Reserves. 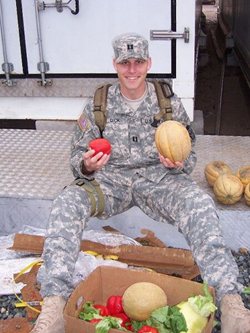 During the four years he served in the Army, Dr. Steven was also a Veterinary Corps Officer, caring for the military working dogs and pets of military families. 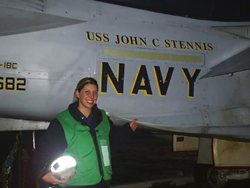 Renae served in the Navy for four years as an Information System Technician.

For three years, Andrew was a Forward Observer in the Army. After serving active duty, Andrew committed to another year as an Army Reserve.

From 1989 until 2006, Scott served as an Army Ranger and was deployed to Panama, Gulf War 1, Somalia, Afghanistan, and then Gulf War 2. For 17 years he bravely served our country and today he says, “Veterans Day is about reflection for me.” He was also instrumental in volunteering at a California Stand Down event, where Banfield provided free preventive care to the pets of vulnerable veterans. On that opportunity, Scott said “Having the ability to give a little back to our veterans and their pets is exactly what I feel I was placed on this earth for. This event truly spoke to my heart and my belief in helping those who are in need.” We are grateful for Scott’s many years in the Army, and grateful that today he leads the Banfield team as Practice Manager at our hospital in Citrus Heights, California.

When Dr. Clinton served as a Veterinary Corps Officer in the Army for five years, he went above and beyond to care for enlisted military animals as well as military families’ pets.

These days, Banfield clients, pets, and associates are fortunate to have Dr. Clinton as the Chief of Staff at our hospital in Eugene, Oregon. He says, “Veterans Day, for me, is a time to remember fallen friends and celebrate their lives.” Thank you Dr. Clinton for your time serving our country and for reminding us to appreciate the veterans who did not make it home. We’re grateful for your service, and now for your leadership at Banfield.

For Andrew, a veteran in our family of Banfield associates, Veterans Day is a time to reconnect with old “war buddies.” He says that it really “helps to reflect on our experiences and mourn those who didn’t make it back.”

As Andrew reminds us, it is especially important to reflect on veterans who made the ultimate sacrifice for their country with their lives. For three years, Andrew was a Forward Observer in the Army, scouting ahead to make sure the coast was clear for the rest of his infantry unit. After serving active duty, Andrew committed to another year as an Army Reserve. These days, we are thankful to have Andrew as a Doctor Recruiter on our Talent Acquisition team at Banfield’s Central Team Support in Portland, Oregon. Thank you Andrew for your commitment to your country, and for reminding us to be especially grateful this Veterans Day for our heroes who did not make it back home.

Here at Banfield headquarters in Portland, Oregon, we are grateful for Jennifer’s 15 years of combined service as former active duty Army Company Commander, as well as her current experience as Medical Service Operations Officer in the Army Reserves.

For Jennifer, Veterans Day means “recognizing my fellow sisters and brothers who selflessly serve and sacrifice so much to ensure our freedom.” Within the past year, Jennifer joined our New Hospital Openings team and has been doing a phenomenal job supporting new hospital teams around the country with everything they need to prepare for their hospital’s grand opening day. Outside of her jobs here at Banfield and in the Army Reserves, Jennifer spends her time with her “four legged babies,” including Thaddeus who was only five days old when this photo was taken! Thank you, Jennifer, for all you do to continue supporting our country and now Banfield hospital associates too.

At Banfield hospitals nationwide, the Practice Manager is responsible for many things, but most importantly, they keep our hospitals running as smoothly and efficiently as possible.

In Modesto, California, we want to give a special thank you to Practice Manager Renae, who not only serves Banfield clients on a daily basis, but also served in the Navy for four years as an Information System Technician. She honors Veterans Day by saying it is “a time to remember those who have served before us; a time to truly appreciate the red, white and blue.” Thank you, Renae, for your dedicated time in the Navy and for your dedication now to your hospital associates, clients, and their pets.

During a one year deployment to Camp Buehring, Kuwait, Dr. Steven coordinated the installation of food inspection services between the Kuwait and Iraq border, where this photo was taken on Christmas Day, 2005. During the four years he served in the Army, Dr. Steven was also a Veterinary Corps Officer, caring for the military working dogs and pets of military families.

Today, he is a Medical Director for Banfield, supporting other veterinarians at our hospitals in Northern Colorado. To him, Veterans Day means “a day of thanks to all the men and women who have served in the Armed Forces during times of war and to the families who supported them during their mission.” Thank you Dr. Steven for all you have done for our country, and all you continue to do for Banfield.

After serving six years as a Supply and Logistics Officer in the Navy, David committed another eight months to the Navy Reserves and now leverages his skills on Banfield’s Commercial team as a Buying Operations Specialist for Non-Medical Supplies.  To David, Veterans Day is meant to honor those who served, but “it is also a day for veterans to share stories with one another and reflect upon their own service.” We are grateful for David’s service and equally appreciative to have him as a Banfield associate!

Field Director Dr. Herman supports all hospital leaders in the North Carolina East area. Dr. Herman served in the Army for three and a half years as Officer in Command of the Mojave Branch, which included veterinary hospitals throughout southern California. He was also responsible for the care and safety of the military dolphins (yes, real dolphins!) that were deployed to the Persian Gulf.

Dr. Herman says, “Although Veterans Day brings to mind my friends who chose to make the military a career and the sacrifices they’ve made to do so, Veterans Day also reminds me of the sacrifices made by military families. I am immensely grateful for the family members who endure moves, deployments, pre-deployments, post deployments, temporary assignments, months long courses, and all of the variables that come along with a life in the military while simultaneously balancing all of life's more routine challenges.” As we honor veterans like Dr. Herman, we also would like to extend our appreciation to their military families whose support makes their service possible.

For more than four years, Dr. Stephanie served in the Army as a Veterinary Corps Officer caring for the working military dogs, as well as the pets of other military families. She is now a Medical Director for Banfield, supporting the many hospital teams of veterinarians and technicians in Northern Virginia and Washington D.C.

For Dr. Stephanie, Veterans Day is about “remembering my brothers and sisters who have fought and continue to fight for our freedom.” Thank you Dr. Stephanie for being such a valuable member of the Banfield family and for your service to our country.

For journalists and Banfield associates dealing with time-sensitive news matters.

This phone service is intended for the exclusive use of journalists and Banfield associates dealing with time-sensitive news matters.

Thank you for your Inquiry

Someone from our media and press team will get in touch with you shortly.

Find a Banfield near you

Search by zip code, or by both city & state.

This field is required.